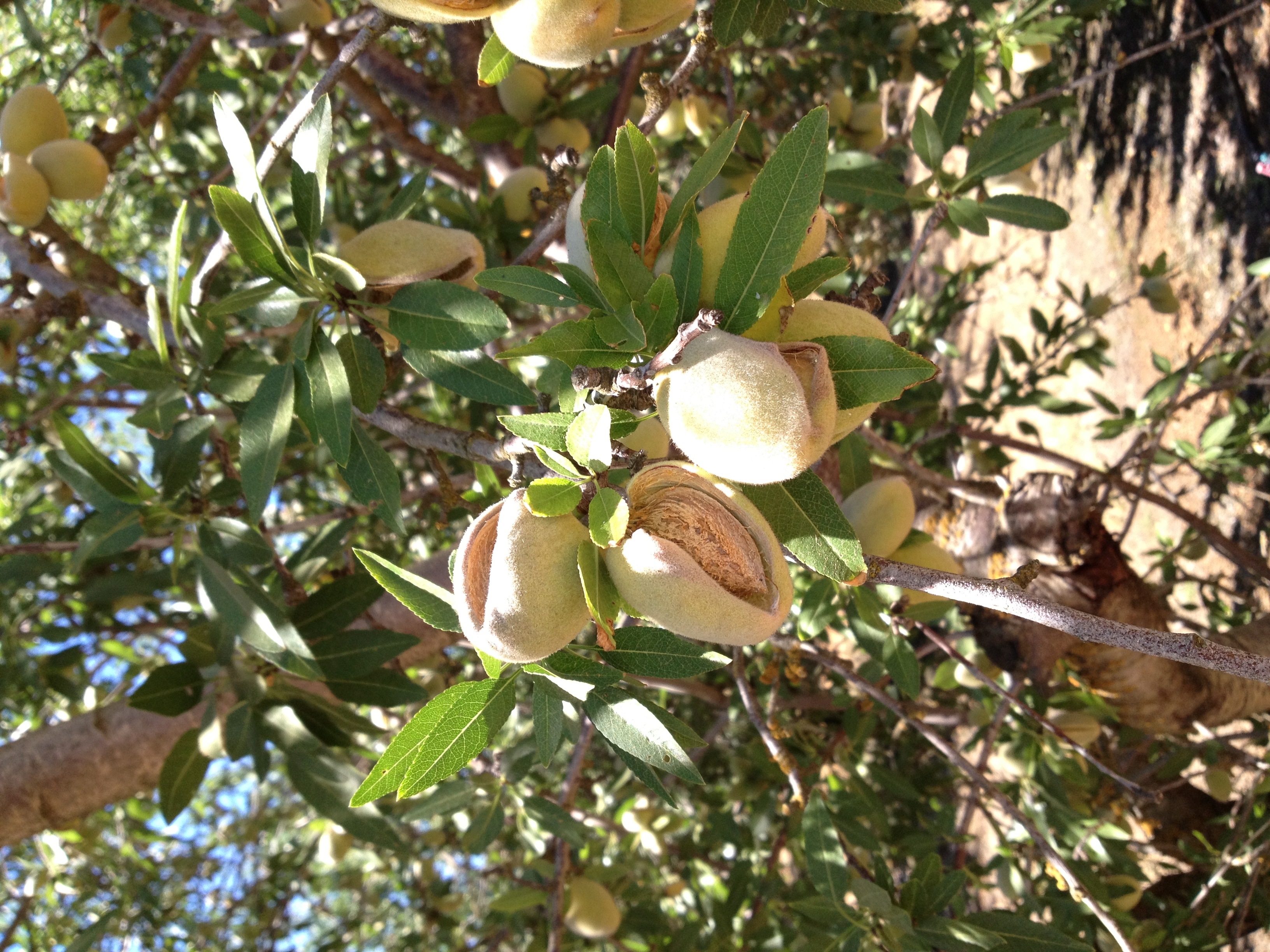 While for many people California is mainly associated with Hollywood,warm sunny weather, beautiful coastal beaches and Disneyland. For us at Dan-D-Pak, California is a key source of many of our consumer goods, such as almonds, raisins, prunes, pecans, pistachios and more.

Working directly with almond, pistachio, raisin & prune growers, our newly built processing plant located in the heart of San Joaquin Valley in Central California is well informed of the latest growers’ news regarding the crop of 2012.

In the Southern region of California some almond growers are shaking their Nonpareil crop and observers are reporting that thus far, the crop is coming off easily and the trees are shaking cleanly. In the northern and central regions, observers are reporting that the hulls of the Nonpareil are splitting well and that the orchards are in generally good condition. Observers are also reporting hull split in the pollinizer varieties, which by all appearances may be ready to shake shortly after the Nonpareil harvest is completed.

At this time, growers are making the final irrigation to many Nonpareil plantings and will begin the harvest as soon as the trees have dried enough to eliminate the possibility of damage during shaking. All the while, huller/sheller operators are putting the finishing touches on their facilities and stand ready to begin their season as soon as product arrives from the orchards.

The mild temperatures experienced throughout the Central Valley have allowed almond kernels across varieties to solidify and achieve their maximum weight.

The initial subjective estimate released today by the USDA National Agricultural Statistics Services (NASS) for the 2012 California almond crop is 2 billion pounds, in line with market expectations. The new crop is estimated to be 1.5 percent below last year’s record production of 2.03 billion pounds.

California’s 2012 raisin grape crop is forecasted to be one of the smallest in recent years, shrinking by 13.4% from the previous year.

The U.S. Department of Agriculture is estimating that raisin grape farmers will produce 1.9 million tons this year. If the forecast holds, it will be one of the smallest crops since 2006.

A dry winter and a springtime frost contributed to fewer bunches of grapes this season.

Although used primarily to make raisins, the versatile Thompson Seedless grape is also a mainstay for wineries who use it to make juice concentrate, brandy and white wine blends.

It is unclear what price will be set for this year’s raisin crop. The raisin industry’s packers and farmers, who are represented by the Raisin Bargaining Association, haven’t agreed on a price yet.

U.S. pistachio growers, most of whom farm in the San Joaquin Valley, are expecting a record harvest this year as the industry continues to expand its acreage and boost its marketing campaign.

According to Richard Matoian, executive of the Fresno-based American Pistachio Growers, the industry is projected to produce its largest crop ever — 550 to 575 million pounds. The previous record of 522 million pounds was set in 2010.

Matoian said pistachios have undergone phenomenal growth over the last decade, and that trend is expected to continue.

A study commissioned by the pistachio growers estimates that by 2018 to 2020, the industry will produce 1 billion pounds. Like almonds, a majority of the pistachio crop is exported and has sold well in countries such as China and India.

California dominates U.S. prune production with virtually all of its production destined for the processing sector, mostly to dried fruit processors.

The 2012 dried plum bloom was earlier than the year before, with no pollination problems reported. Trees were currently experiencing their normal fruit drop. Some hail was reported in areas, although no widespread damage was reported. Currently growers expect a similar crop to last year.