Fine Foods and Much More 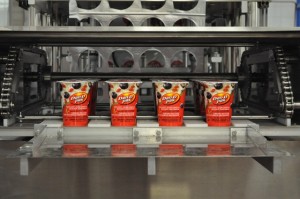 Part of Dan-D Pak’s success lies in its ability to cater to a variety of different tastes around the world.  The importer, manufacturer and distributor started in 1989 in Vancouver, B.C. and since then has expanded rapidly around the globe. The company currently has offices in Canada, the U.S., Vietnam, Thailand, Taiwan, and China. Its three established brands – Dan-D Pak, Dan-D Bulk, and Dan-D Organic – cover a broad range of products which include nuts, dried fruits, trail mixes, grains, spices and cereals. Dan On is the founder and his story is as impressive as his business.

Out of chaos can come growth. Dan On was born in Vietnam in the 1960s. Needless to say, this was an era of great upheaval for the Vietnamese people. Even going to school was considered a rare privilege and not the norm; kids were often forced to work in order to help their families to survive. At fifteen, Dan On sold shoes and sandals on the streets of Saigon. Dan qualified for refugee status and arrived in Canada in 1979, at the age of eighteen. Through his sponsor, a Lutheran church, he met George and Irene Kavanagh who welcomed him into their home. The Kavanagh family owned Kavanagh Foods in Port Coquitlam, British Columbia and employed Dan as a janitor. Through this job, Dan learned a lot about how to run the business and, when the Kavanaghs sold the business, he decided to branch out on his own.

Anyone can open a store, but Dan decided to go one step further. He realized that to be successful in the food industry, something different was needed. He wanted his brand name to be synonymous with quality products and his company’s image to inspire consumer confidence. He ensured stringent quality control practices and implemented North American government certified processes throughout the worldwide operation. Dan On’s dogged perseverance regarding quality control standards became an intrinsic component contributing to the success of the company. In working with Kavanagh Foods, Dan learned all facets of the consumer packaged foods industry, from delivery and customer service to warehousing and sales. Dan wanted to be involved in a manufacturing / distribution company which would supply stores around the lower mainland and Vancouver Island and, in March of 1989, Dan-D Foods Ltd. was established in Vancouver. The company combined manufacturing with wholesale distribution to serve its clientele.

It was tough going initially as Dan had scant resources at his side. He ended up working incredibly long hours each day running the whole operation; he was the sales force, warehouse manager and delivery person to his customers. Dan-D Foods’ humble origins in Vancouver began with a 3,800 square foot facility on Glen Drive.

Over the last twenty years, however, the company has grown to operating its business in six countries, boasting over five hundred employees and distributing its products around the world. The head office in Richmond, B.C. is now a 60,000 square foot operation and an additional 300,000 square feet is allocated to the other offices around the world. Now that’s what we call an expansion!

Not one to be limited to a few different tastes in his portfolio of food products, Dan made sure to keep his ear to the ground in deciding on how to please the palates of his customers. Dan-D Pak’s research and development department has created a catalogue with over two thousand products and adds ten to twenty new products every year. Newly featured in Dan-D’s wide range of products are vegetable crisps, consisting of sweet yellow potato, squash, taro, carrot, green bean and sweet purple potato. A new line of almonds has also just entered the market with flavours such as honey, sea salt, toffee, and salt and pepper. The most popular item associated with the Dan-D Pak brand is its world class cashews. The variety of flavours is one of the most diverse in the industry, and the company’s state of the art manufacturing facility in Vietnam gives it the advantage of being able to deliver the best and freshest quality products to its customers.

Dan On strongly believes in giving something back to the communities in which the company operates and the team supports a number of charities, both in Canada and overseas. In Vietnam, Dan is the benefactor for “The Educational Center for Handicapped Children,” the “Visually Impaired Association,” and a scholarship program sponsoring ten underprivileged students attending university in Vietnam.

In Canada, Dan-D Foods donates or sponsors hundreds of thousands of dollars in product to various food banks and charitable organizations on a yearly basis. Every Christmas it donates products to various elementary and high schools as part of an annual giveaway. It also partners with organizations such as the Juvenile Diabetes Research Foundation and Variety, the Children’s Charity to donate 10 percent of all sales proceeds to each cause from its Christmas flyer. 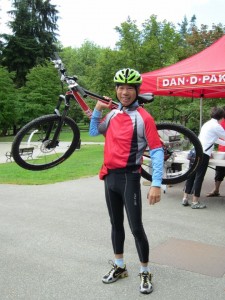 Looking after the community begins within the company. A happy workforce is a productive one and Dan On makes sure that his people are treated well. It starts with the fresh breakfast and lunch program; the company’s Red Seal certified chef prepares gourmet meals daily for all the employees. Having a healthy workforce is also very important, so Dan has a yoga room on site complete with twice weekly yoga instruction. There is also a golf program, a ballroom dancing program, and tai chi class. Other aspects of the employees’ lives are also looked after, creating a culture of loyalty at Dan-D Foods. This loyalty results in a turnover rate of less than 1 percent annually; nearly half of the employees have been working at the company for five years or longer.  Dan invests in the future of his employees through education programs, RRSP matching programs and employer paid extended health benefit programs. Due to his initiatives, Dan On has developed a bond of trust with his people, enabling his organization to thrive for the past twenty-four years.

What does the future hold for Dan-D Pak? How much more can it possibly do? Dan On is continually looking for other avenues and different approaches to his business. His expectations are for sustainable double-digit growth on a yearly basis.

To facilitate this, Dan-D Foods purchased a warehouse operation in Fresno, California to accommodate its U.S. operations and recently hired business development staff. A new pouch bagging machine was purchased for its Richmond operations to keep up with the all time high demand generated by its offices and business partners in Asia. Additionally, Dan-D Pak is aggressively pursuing opportunities in Hong Kong, Taiwan, Japan, Korea and Europe.

Though a large company, the business remains flexible enough to tailor its products to the needs of customers. With its “Flex Order” delivery system, local customers can place orders for next day delivery; that efficiency and expediency has proven extremely beneficial to the wholesaler.

Dan On came from a tough situation in Vietnam, benefited from knowing good people in B.C., and learned the ropes. He took all that knowledge and turned it into something special. Through his dedication to quality control and the ability to understand customers’ varied tastes, he has developed an empire of good foods that has been more than well-received by the public at large. People have been enjoying the company’s cashews for years; now it’s time to dig into some of its other “Fine Foods of the Earth.” Enjoy!

4 thoughts on “Fine Foods and Much More”