Fine Foods of the Earth 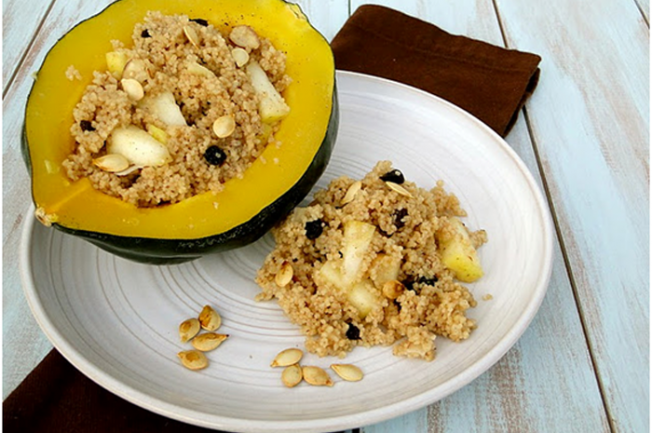 Roast the squash: Preheat oven to 400 F (200 C).
Brush the squash halves with the oil and season to taste with salt and pepper.
Place the halves, cut side down, on a baking sheet.
Roast until a thin knife easily pierces the squash, about 20 minutes.
Spiced couscous: Meanwhile, in a saucepan, bring the broth to a boil.
Stir in the couscous, cinnamon, ginger, 1/2 teaspoon salt, and pepper to taste.
Cover and set aside, according to the package directions.
Stir in the almonds, cranberries, onions, and apple into the couscous.
Spoon the filling into the roasted squash, mounding it generously, and serve warm.